A Beginners Guide To Hong Kong – What You Need To Know

In this, our beginners guide to Hong Kong, we have compiled for you a list of the most essential information that you will need to know before you plan your trip! With tourism a thriving trade in Hong Kong, and the city itself a mecca for seasoned adventurers and first-time travellers alike, there has never been a better time to visit this vibrant and culturally diverse semi-autonomous Chinese city. In fact, Hong Kong was the 17th most visited city in the world in 2018 with around 9.11 million international visitors gracing its streets, hotels, restaurants and historical landmarks. It must be said that this is by no means an exhaustive list, as Hong Kong is such a rich city steeped in the unusual and the interesting! We will save that guide for a later date –  this guide therefore is an essential list of things to know before you travel. It will include general knowledge about Hong Kong, specialised information regarding language and currency, and perhaps even a little slice of history as well, read on to find out more!

Where Is Hong Kong?

To start this guide, we thought it entirely apt to outline for you where Hong Kong actually is. You would be amazed at how many people simply do not know, and in their defence locating Hong Kong on a map or an atlas is no simple task. So where is Hong Kong? Hong Kong is in Asia, first and foremost. It is located to the south of China and sits on its Southern coast (China being the only country that it shares a border with) and has long been considered a fruitful gateway between the Eastern and the Western worlds.

Hong Kong sits almost in the middle between Taiwan and the capital of Vietnam, Hanoi. It is also incredibly small when compared to China. How small is it exactly? 424 square miles. For your reference, London consists of 607 square miles! And China, being the behemoth that it is weighs in at a jaw-dropping 3.7 million square miles (the U.K measures only 93,638 square miles in total).

Do I Need A Visa For Hong Kong?

Thankfully, if you are a UK national you do not need a visa for Hong Kong. Hong Kong has a very open border policy which means that individuals from around 170 different countries can stay and/or visit visa-free for a range of different periods, starting at 7 days and rising all the way up to 180 days.

If you are a national or have residency status in a European country, the United States, Australia, Canada or New Zealand then you can stay in Hong Kong visa-free for a grand total of 90 days.

If you are a U.K national or have residency status in the U.K then you are permitted to remain in Hong Kong without a visa for a total of 180 days.

It is worth noting that should you wish to travel from Hong Kong into China, whether your chosen method of transport be train, plane or even by car then you may need to secure yourself a visa for China. It is important to confirm this before you travel, especially if your intention is to use Hong Kong as a base from which to explore China.

This goes without saying, but you must make sure that you have a valid passport before you travel to Hong Kong! 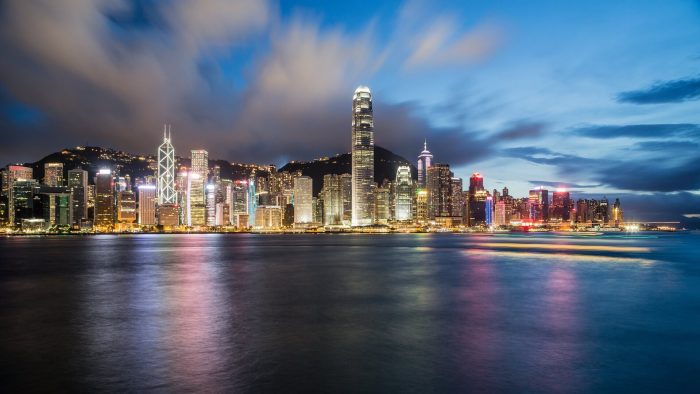 How Long Is The Flight To Hong Kong?

If you are set on a trip to Hong Kong and are thinking about looking at flights, or if you are currently planning your dream holiday and simply want to know flight length so that you can mentally prepare yourself (we know that flying isn’t for everyone)  then you need to know exactly how long the flight is to Hong Kong. To save you doing multiple Google searches, opening tab after tab and flicking back between them all we have, below, summarised for you the flight times from the U.K’s major airports to Hong Kong!

It is important to note that the above are simply examples based upon our own research, flight times, flight paths, stop-offs etc will vary depending upon when you travel and which airline you travel with. However, generally speaking there are more direct flights out of London Heathrow and London City airport than anywhere else in the U.K. This means that flying out of these two airports will be your fastest option to get to Hong Kong, though you may (though you also may not) end up spending slightly more for the convenience.

Is Hong Kong A City?

Now we have covered some of the basics of travel to Hong Kong, including where Hong Kong is actually located, visa requirements and flight times, it is time to dive a little deeper into the detail of Hong Kong. We begin with a question: is Hong Kong a city? The answer to this question is a complicated one. Hong Kong is not classified as a city and is instead considered a semi-autonomous territory partly governed by China. This definition means that it falls somewhere between a city, a country and a region or territory. Hong Kong has a lot of different things that would we would consider only a country to have, such as its own currency, the Hong Kong Dollar. Residents have a passport unique to Hong Kong (and therefore do not have a Chinese passport), there are legal systems and immigration policies that are governed and controlled by the government of Hong Kong but the buildings that house the politicians have Chinese flags flying outside them. So, as we mentioned before, the answer to the question, is Hong Kong a city? Is a complicated one.

Hong Kong, as a state, has not once in its history had independence. We won’t go too far back or bore you with too many historical specifics (though we are tempted!), but, essentially Hong Kong was under British rule from 1842 (where it was ceded by China after losing the First Opium War) and remained as such until 1997, when it passed back to China. China now operates what is called a “one country two systems” political and economic policy but this has long been questioned by human rights groups and pro-democracy activists as officials in Beijing have the power to veto any alterations to the political establishment in Hong Kong! So, is Hong Kong a city? Yes, and no…

What Language Do They Speak In Hong Kong?

In Hong Kong they speak a wide range of different languages and Hong Kong’s geographical location has meant that over the years the immigratory and migratory routes of other Asian civilisations and populations has contributed massively to the languages spoken in Hong Kong. Officially, the first language of Hong Kong was English. This was during British ownership of the region. Now, the most commonly spoken languages are Mandarin and Cantonese. The latter is owing mostly to Chinese immigration from mainland China, and was recorded to be used by around 89% of the population daily whilst also being used in teaching, television and politics. 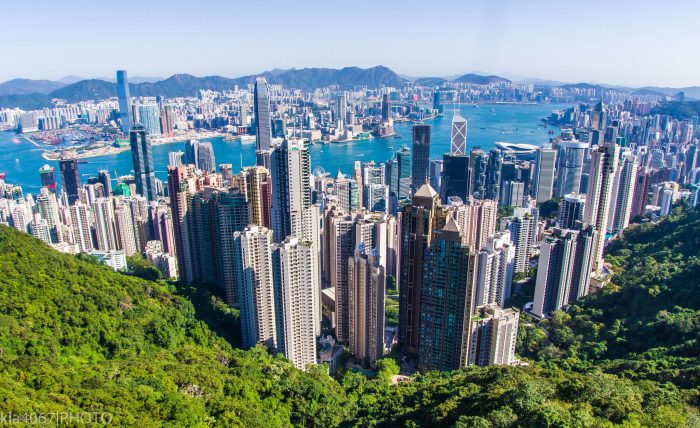 What Is The Currency In Hong Kong?

The final stop on our flyby tour of essential information is currency. This is of course a vital part of the information puzzle. It is important to know what the currency is in Hong Kong so that you can check out the exchange rates! We will include for you below the exchange rate from Pounds, Dollar and Euros to Hong Kong Dollars. It will be true only as of the 23rd of May 2019, and we would recommend that you make sure you shop around to find the best and most favourable exchange rates as different banks and institutions will offer you different rates and these are always subject to change.

So, what is the currency in Hong Kong? As previously stated, the currency is Hong Kong Dollars and it is unique to Hong Kong. There are three main banks in Hong Kong (Bank of China, Standard Chartered and HSBC) and interestingly they each produce their own designs of the HK$20, the HK$50, the HK$100, the HK$500, and the HK$1000 notes, though they are all fairly similar. The HK$10 note however is controlled and released solely by the Hong Kong government.

The exchange rates are as follows:

To Conclude Our Beginner’s Guide To Hong Kong

We sincerely hope that you have found the information in this guide useful. Above are just some of the things that you need to know before you travel to Hong Kong. Here at WindowtoTravel, we specialise in bespoke holidays to Hong Kong. Our team of in-house holiday planning professionals know the ins and outs of this beautiful and exciting region and are just waiting to make all of your Hong Kong holiday dreams come true! So, for a tailor-made holiday to Hong Kong, that can include everything you want and so much more besides, get in touch with us today. Please also feel free to call us directly on 01784770844.