The Seven Wonders Of The World – A Tour Part 2

Welcome back to our whistle-stop tour of the Seven Wonders Of The World! As we stated last time around we will be, on this, our final leg, be exploring and discussing the final 4 wonders, namely:

Let’s not waste any time and jump straight into the tour, first up on the list, the Great Wall of China!

The Great Wall of China 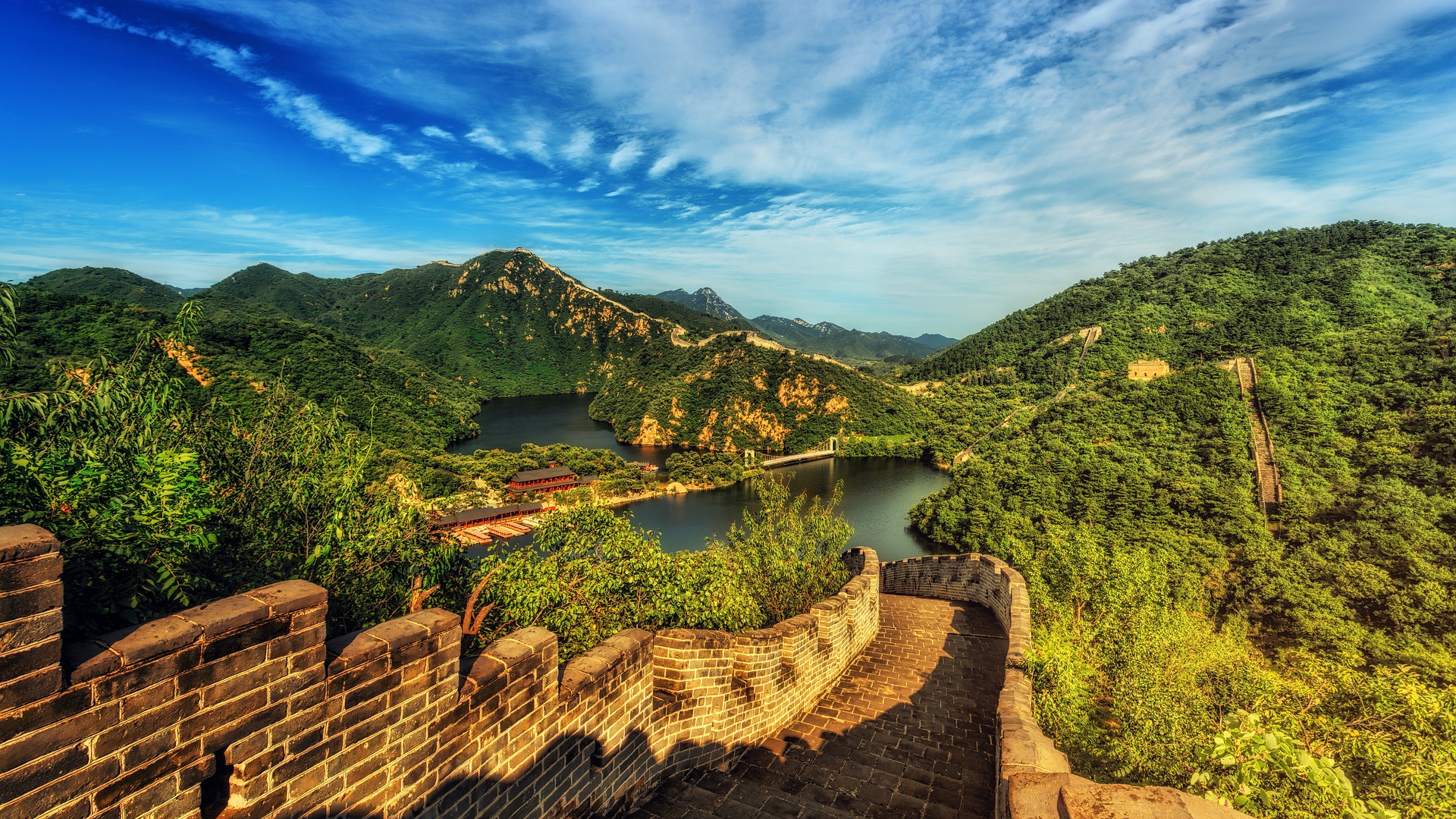 The construction of this phenomenal wonder was believed to have been started over 2,300 years ago, around 770 BC. The exacts surrounding the date and construction are up for some debate however. It can be seen from space, and was last measured at over 13,000 miles – claiming the title of the longest wall in the world, with unhindered ease! The Great Wall has long inspired mysteries and tales of war, though there are actually a great many myths too, as well as misinformation! A perfect example of this is that the Great Wall was not erected to keep out the Huns, as they were not encountered until around 400 years later! It was (some experts believe) first built by a Qi state person of influence, to protect lands and peoples from opposing local factions. It was extended over the centuries for various reasons, sadly falling into disrepair with large stretches of the wall crumbling to time, or simply eroding in the elements. Thankfully, wide scale restoration efforts began in the last few decades – bringing this wonder back to its former glory and facilitating its transformation into one of China’s most popular tourist attractions.

For ease, we would always recommend that you first travel to Beijing, and travel to the Wall from there. This is because there are many well established public transport routes, guided tours, train services and more besides. Travel from Beijing to the Wall can take as little as an hour, and when there you are free to walk the wall as you see fit, travelling up its many stairs and down again, all whilst breathing in the beautiful mountain views that surround you on all sides. View our bespoke holidays to China to get planning your next adventure! 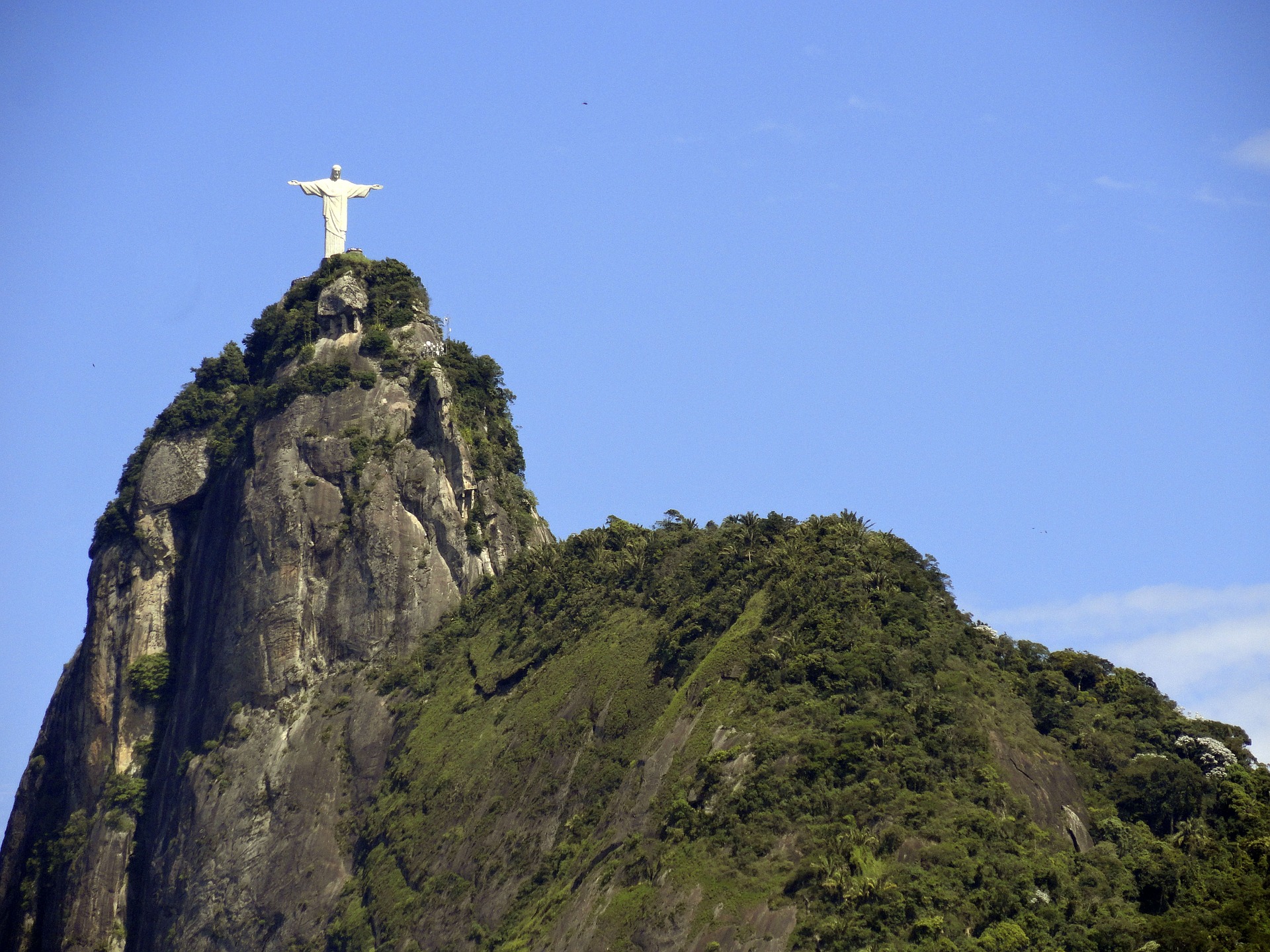 One of the most famous monuments in the world, Christ the Redeemer sits majestically at the top of Corcovado Mountain, in Rio de Janeiro. It was constructed in France, in 1922, and was transported to Brazil in individual clay pieces, with

over 6 million soapstone tiles covering its surface. The build was completed in 1931 (taking 9 years), at an estimated cost of around $250,000. Da Silva Costa originally designed Christ the Redeemer to be holding a globe and a cross in each hand, but this was met with no small amount of ridicule and was therefore redesigned with open arms, in the Art Deco style. Interestingly, it was also designed to resemble a cross in and of itself, as well as Christ with open arms, blurring the traditional with the modern.

Thanks to a renovation that occurred in 2003, once you arrive in Rio, getting to the top of Corcovado mountain is far easier. Before 2003, you would have had to climb over 200 steps to visit the Redeemer. Now, thanks

to widespread complaints, escalators and elevators have been installed! Simple. If you are travelling to Brazil, chances are you will land in Rio. From the city, travelling to the Wonder is achieved via various public transport routes, with a train station at the base of the mountain acting as the main hub for travellers. We have a wide range of different bespoke holidays to Brazil on offer for all clients, which can absolutely include a visit to Christ the Redeemer! 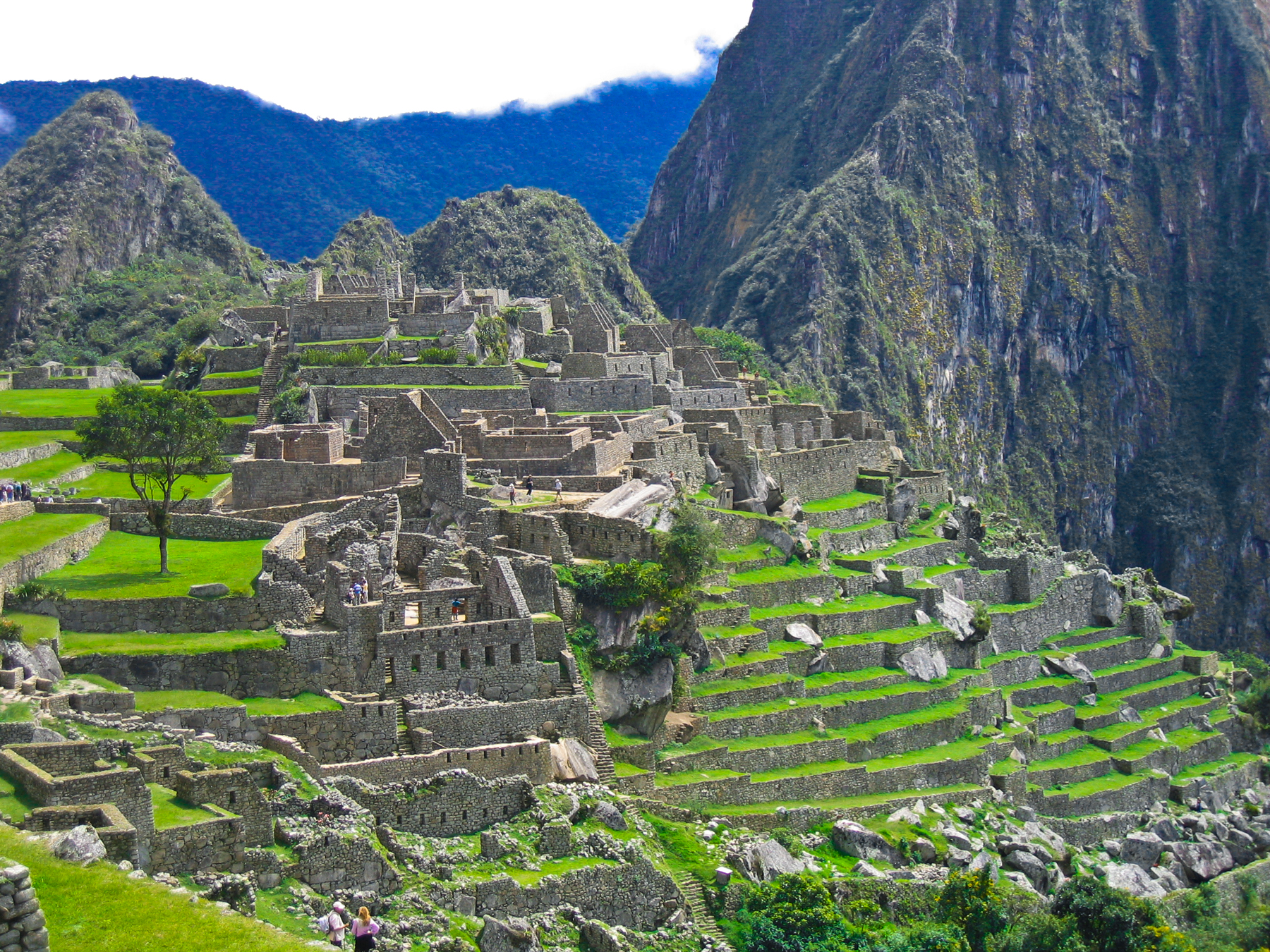 This amazing city, undiscovered and unexplored for centuries, sits atop a plateau 8,000 feet up. It was brought back into the public consciousness by Hiram Bingham III, who actually stumbled upon it by accident! He was looking for the lost Incan city of Vilcabamba, to which the Incans had apparently escaped to during the onslaught of the Spanish conquistadors in 1532. He argued the case for them being the same city, though was eventually disproved when Vilcabamba was discovered to be at a site around 50 miles from Machu Picchu. This amazing site consists of temples and other terraces, structures and unique buildings. Much of the building work is believed to have been completed underground though, amazingly, with deep foundations beneath the site itself. Being on top of 2 fault lines, extensive work was required to safeguard the buildings from destruction, with dry stone wall techniques being used to unbelievable effect – a true marvel of the time.

Getting to Machu Picchu is a much more complicated affair than getting to the other Wonders on our list. From the U.K, we would recommend that you fly directly into the Alejandro Velasco Astete International Airport, as this is the closest airport to Machu Picchu. From here, you can travel a range of different ways to the Wonder. However, we recommend embarking upon the 90 minute or so ascent to the site, as this is the best way to take in the sights, surroundings and the sheer wonderment of the Peruvian Andes. Please get in touch with us to get your bespoke holiday to Peru underway! 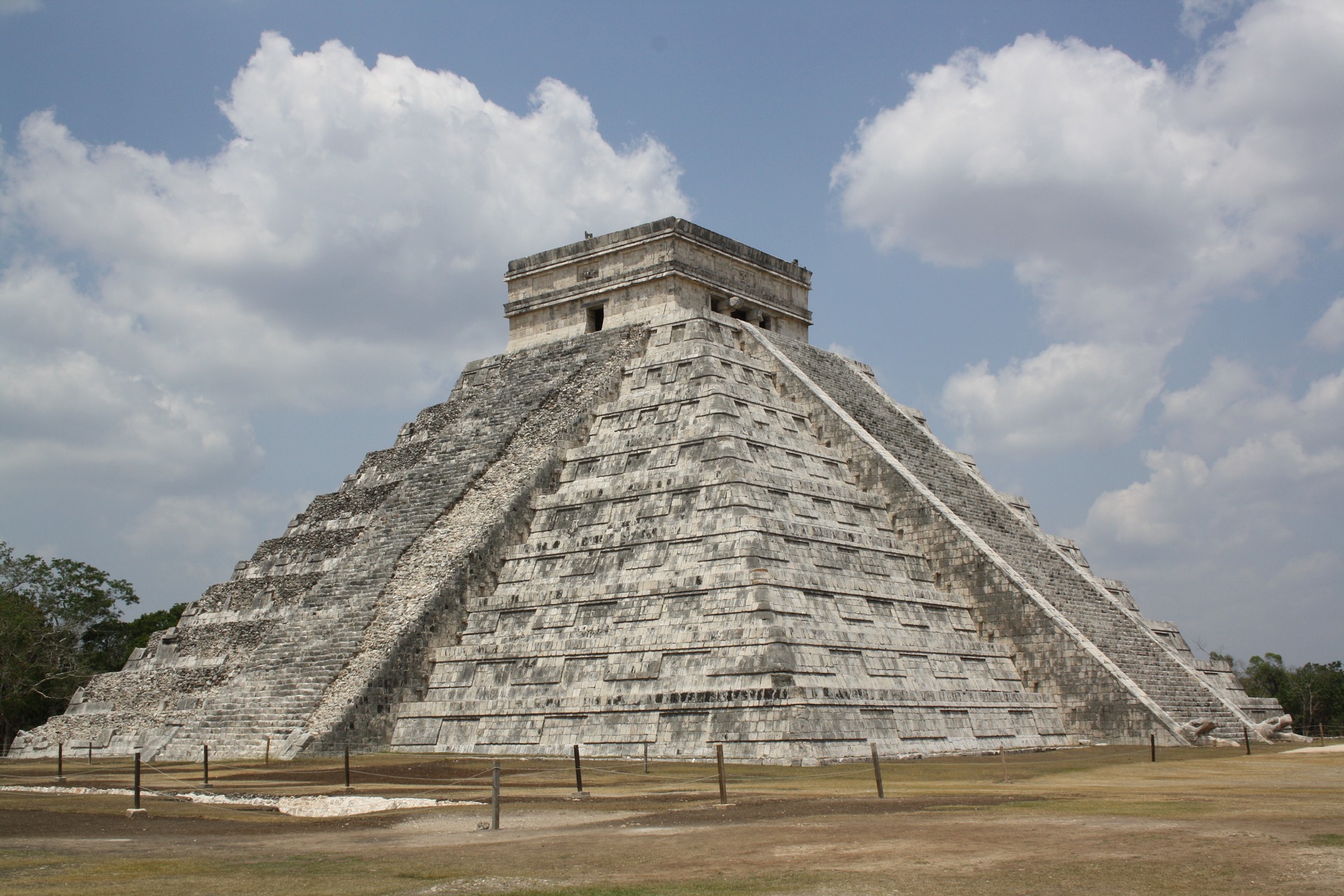 And finally, we have come to the end of our tour of the 7 Wonders Of The World! And what a way to end, with Chichen Itza. This Wonder is actually a complex of different structures that once belonged to and were erected by the Mayans; a hugely successful civilization that existed around 600-1200 AD. It was discovered in 1841 by American explorer John L. Stephens; it had a wide range of different uses and applications, including observing the stars and potentially human sacrifice.  Attracting over 2 million tourists a year – Chichen Itza is still shrouded in wonder and mystery, with the knowledge of the Mayans still confounding our understanding of ancient civilizations. For example, there are 365 steps on the main temple, and 365 days of the year… and to clap in the right spot will produce 9 distinct echoes, and clapping in a different spot produces a rebound sound similar to a feathered deity, “Quetzalcoatl”.

As one of Mexico’s most popular tourist destinations the travel options to this Wonder are vast and varied, you will be spoilt for choice regarding tours, guided or otherwise. To visit Chichen Itza and to discover the wonder and magic that helped it to become a 7 Wonder Of The World – let us plan your bespoke holiday to Mexico!