The Seven Wonders Of The World – A Tour

The seven wonders of the world. Seven truly inspiring structures that still stand today as a testament to mankind’s commitment to ingenuity, to the pushing of boundaries and to the mind-boggling expansion of the limits of architectural possibility! In part 1 of our new series, entitled “The Seven Wonders Of The World – A Tour” we will be providing for you travel specifics and historical details for 3 out of 7 of the wonders. To get us started, we will start with The Rose City Of Petra, The Colosseum, and the Taj Mahal. Each one a fantastic marvel that is bewilderingly brilliant and magnificent in equal measure. We will try to be as concise as we can in the proffering of information – but we promise nothing! The first destination on our whistle-stop tour is the Rose City Of Petra!

The Rose City Of Petra 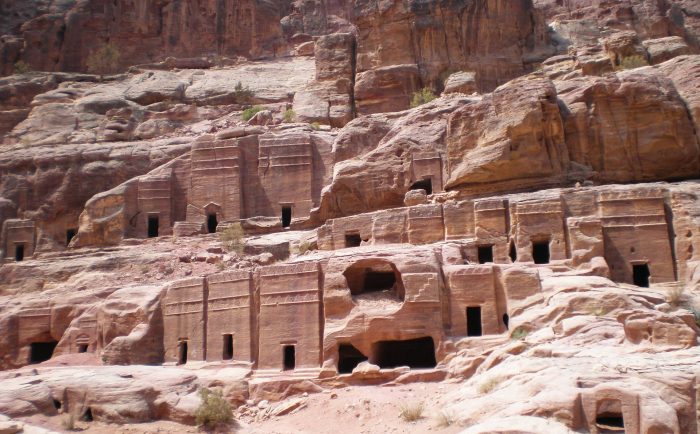 The Rose City is a magnificent collection of structures, buildings, churches and monuments; most of which are carved from the rose-coloured sandstone itself. How this was done, or exactly why this was done, remain a mystery to this day. The wonder itself is spread out over an area exceeding 250 square kilometres (roughly the same size as Edinburgh!) and was named a UNESCO World Heritage Site in 1985.

The Rose City is located within Jordan (and sits almost equidistant between the Red Sea and the Dead Sea). Jordan is situated within the very heart of the Middle East, and shares borders with Israel to the east, Syria to the north, Iraq to the west and Saudi Arabia to the south. This wonder has proven almost impossible to date, but best estimates place the age of The Rose City at around 10,000 years old. It has played host to indigenous tribespeople, Roman conquerors, silk traders and merchants – having also survived a great many earthquakes in its lifespan!

The Swiss explorer Johann Ludwig Burckhardt is widely credited with bringing this wonder into the public eye. In 1812, he donned local garb and managed to find his way into the city (safely circumventing the hostile locals), documenting much of what he observed, which stoked the imagination of the entire Western World, bringing the Rose City firmly into the fore. Since that time, the popularity of this wonder has grown every single year. It was recently recorded in the Jordan Times that 138,000 tourists visited the Rose City in April 2019 alone! Get in touch with us today to see this wonder for yourself on your very own bespoke holiday to Jordan!

Travelling to Petra is thankfully a very simple process. There are numerous non-stop flights to Jordan from all the U.K’s major airports, with flight time averaging between 5 and 8 hours, depending on which airport you travel from. As The Rose City is the jewel in the crown of the tourism industry of Jordan, there are a great many ways to travel to the wonder and routes are extremely well established. There are many time-trusted bus routes from the countries two airports, taxis, coach tours and guides for you to choose from. Named in the Smithsonian’s list of 25 things you must see in your lifetime, the Rose City Of Petra is as beautiful as it is awe-inspiring.

The Colosseum Of Rome 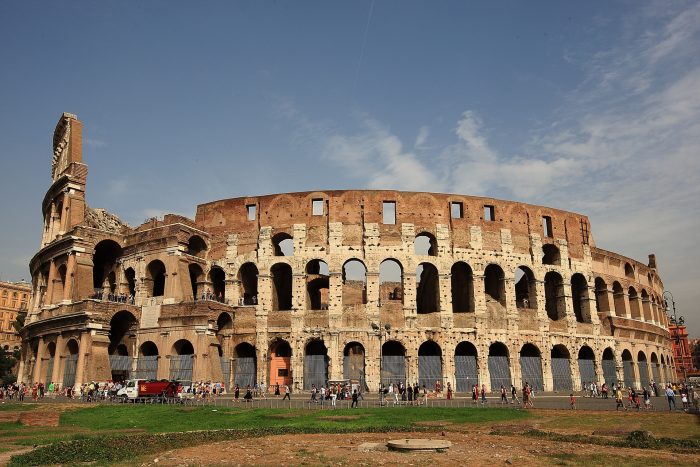 The Colosseum (or the Flavian Amphitheatre as it was formerly named) was built between 72 AD and 80 AD by then Emperor Vespasian, on the site of Nero’s Palace (a significant slight to the thoroughly detested ex-Emperor). It was intended as a gift to the Roman people, to celebrate the masses whilst offering them an arena like no other; within which they could witness fights and feats of gladiatorial strength, and death on a grand and frightening scale. Some celebrations/festivals involved the killing of tens of thousands of animals, per day. It remains to this day the largest amphitheatre in existence. With 80 separate and distinct entrances (2 of which were for the sole use of the Emperor alone) and seating for 50,000 people, with free entry, free food and guaranteed Roman-style entertainment, it is no wonder the Colosseum remained in constant use for over 400 years.

It then fell into disrepair for centuries, was partly demolished thanks to a series of earthquakes (hence the lopsided look that it now sports), was the victim of looting and even bombing during WW2 – it was actually used as a source of building materials up until the 18th century! Now, alongside Vatican City, it is Rome’s most popular tourist attraction and brings in millions of tourists every year.

As many of you may already know, travelling to Rome is more or less pain free and you have several options available to you. You can take a non-stop flight from most U.K airports, with flight times ranging from 2 and a half hours to 5 hours. You can take the Eurostar from London to Paris and then take the TGV train to either Turin or Milan. Lastly, you can get yourself to Dover and take your car on the ferry, and drive to Rome! Though this is not the route that we would recommend, as it can take upwards of 20 hours! It is important to know that owing to its popularity, this wonder can get incredibly busy, with lines that may take hours (and hours) to progress. We would suggest that you book tickets ahead of time, pack light, and get an early start! Please get in touch with us today to discuss a bespoke holiday to Rome! 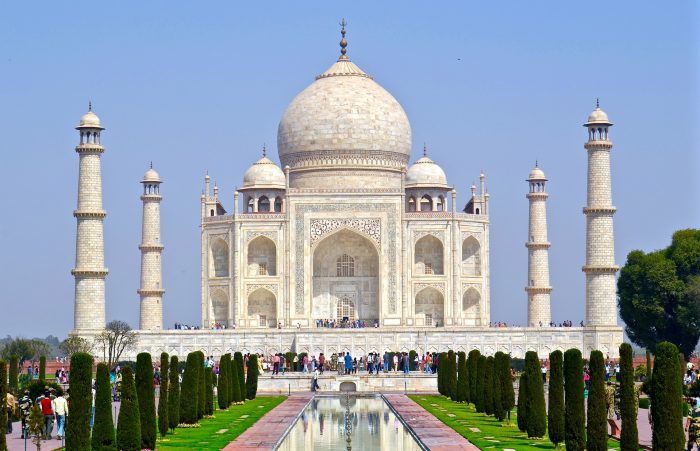 To conclude part 1 of our tour of the Seven Wonders Of The World, we have the Taj Mahal, which is last in this context but by no means least. Built on the banks of the Yamuna river, Agra, in Northern India, the Taj Mahal is one of the worlds most exquisite examples of Muslim architecture (blurring the lines between architecture and art) and is heralded the world over as one of the most beautiful buildings to have ever been crafted into existence. It took some 200 artists, and countless builders and workers over 20 years to complete (between 1632 and 1653), at an estimated cost of over $800 million (in today’s money).

It was built by the Emperor Shah Jahan, as a means by which to honour the resting place of his most adored (second) wife, by the name of Mumtaz Mahal. The structure as a whole spreads over a vast 42 acres, and consists of beautiful gardens, a reflecting pool (which mirrors perfectly the Taj Mahal itself) a mosque, guest rooms, and more besides.

A myth exists surrounding another building, dubbed the Black Taj Mahal. The myth follows that Shah Jahan wanted to create a second mausoleum structure to house his own tomb, and that this structure would be the exact mirror of the white wonder that already existed, situated on the adjacent bank – connected via a bridge. However, Shah Jahan was overthrown by his own son before he was able to get this ambitious project underway. It was first mentioned in the writings of one Jean Baptise Tavernier, but no solid evidence has ever been discovered to support this claim. But who knows? If things had happened differently, this Wonder Of The World may have consisted of two equally stunning, black and white ornate and epic mausoleums. To view the majesty and beauty of this wonder for yourself, get in touch with our team to book your own bespoke holiday to India!

Get Ready For Part 2!

We would just like to take a moment to thank you for joining us on this whistle-stop tour of the first (slightly less than) half of the Seven Wonders Of The World! Next, we have the Great Wall Of China, Christ The Redeemer, Machu Pichu, and Chichen Itza! If you would like to talk to us about booking a holiday to Jordan, to Rome or to India, please do not hesitate to get in touch with a member of our friendly and professional team today via our contact us page, or if you would rather you can call us directly on 01784770844 and we will try our very best to help you with all your queries or questions.